And you’d be right.

But most people don’t have that kind of cash to drop on an antenna right out of the gate. And that’s FINE.

When I first started out as a Shortwave Listener in 2017. I had this massive (300ft) long longwire antenna, going in any direction. It went vertical for a portion, horizontal for another, and sloped at another just to fit it in my lot. It worked GREAT for my needs. I could hear world wide. then I got my Ham Radio License, I got myself the thing I was most comfortable with… A wire antenna. A 131ft End Fed Half Wave. I worked the world on it. I didn’t have room to put a beam or vertical array up. My wire was, again, going all over the place so my radiation pattern had to be pretty wonky. that’s fine though because it worked.

Wire antennas are cool as hell because they’re

They have had over a century in the ring, and have a track record of just working to get transmissions out.

Fun Fact. Most Shortwave stations use a variation of a wire antenna. the radiating elements are usually just monsterous lengths of wire strewn between towers in various configurations for more gain. 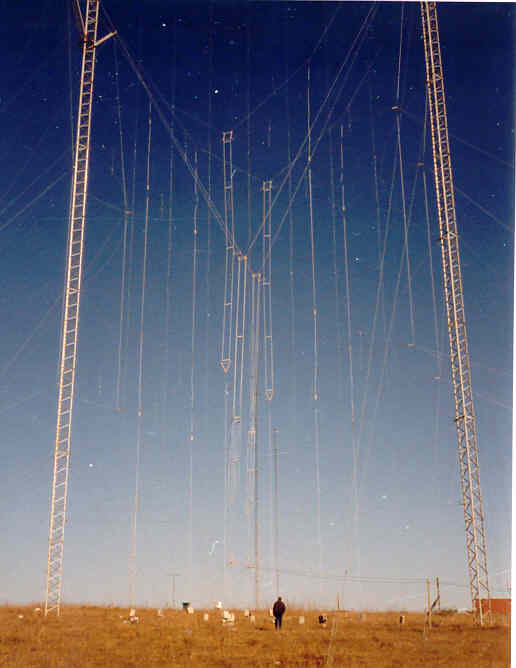